Glavé & Holmes Architecture (G&HA) is excited to announce two new additions to the ownership of the firm. Andrew Moore and Steven Blashfield join Randy Holmes, Lori Garrett, and Jeanne LeFever as owners of the firm. 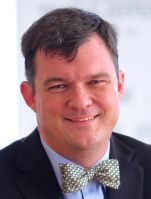 Andrew Moore, AIA, LEED AP BD+C, CDT, is the founder and director of Glavé & Holmes’ Urban Architecture Studio. After earning a degree in architecture from Virginia Tech, Andrew began his career with the firm while under the name Glavé Newman Anderson. Following this introduction to the profession, he gained experience at various Richmond-based firms working on a wide variety of project types. Returning to G&HA in 2004, Andrew focused his career on the renewal of civic places through the thoughtful rehabilitation of existing structures and the creation of new structures that converse with the surrounding built environment. Andrew is a founding Board member of the Storefront for Community Design and serves as President of the Partnership for Smarter Growth. He is a frequent speaker on topics related to urbanism, Smart Growth, and design. He is currently working on Richmond’s new General Assembly Building in association with Robert A.M. Stern Architects.

Steven Blashfield, AIA, LEED AP BD+C, joined Glavé & Holmes in 2009 and became the director of the Cultural Studio. A specialist in historic preservation, he leads a team of talented architects who are responsible for museums, historic sites, and ecclesiastical buildings. Steven received his undergraduate degree in architecture from Clemson University before attending the University of Oregon where he completed two Master degrees, one in Architecture and the other in Historic Preservation. He also attended the certificate program for Historic Preservation at the University of Florida’s Preservation Institute: Nantucket. Steven’s ongoing commitment has developed a strong reputation for the firm as experts in historic preservation, and has made G&HA a leader in the Southeast and Mid-Atlantic regions for cultural projects. His leadership in the cultural sector was acknowledged with the 2015 Virginia Association of Museums’ Ann Brownson Award. Steven is currently working on a new Visitor Center for Fort Monroe in Hampton, Virginia.