Glavé & Holmes Architecture (G&HA) is pleased to announce Randy Holmes and Steven Blashfield have both received the 2015 Ann Brownson Award from the Virginia Association of Museums (VAM).

The Ann Brownson Award is given annually to recognize individuals who have provided outstanding service to the Virginia museum community and to the Virginia Association of Museums. The award was first established in 1999 by the Council of the Virginia Association of Museums to honor the service and accomplishments of Ann Brownson. She provided spirited and committed leadership as a member of the VAM Council from 1991 to 1999 and served on the boards of many museums and cultural organizations throughout the Commonwealth. Randy and Steven both exemplify these traits and are strong advocates of local museums.

Randy Holmes has dedicated more than 30 years to the architecture industry, overseeing many museum and cultural projects. He has a strong commitment to contextually sensitive designs. His refined expertise has allowed him to work with several prominent Virginia structures, such as the Robert H. Smith Center at Montalto, the Visitor Center Complex at Montpelier, and buildings on the campuses of the Lewis Ginter Botanical Garden and the Jamestown Settlement.

Steven Blashfield is the director of G&HA’s Cultural Studio. With over 21 years of experience, Blashfield has a career focused on the preservation of heritage properties and cultural facilities. He frequently speaks at the annual VAM conference and other museum conferences in the southeast. He is a member of American Alliance of Museums, Association of Academic Museums and Galleries, and the Virginia Association of Museums. He currently serves on the Hermitage Museum and Gardens Board of Trustees.

Under the direction of Randy and Steven, Glavé & Holmes has strengthened its proficiency in the design of museums and other cultural properties. Recent projects include renovations for the Virginia Museum of Fine Arts, the Valentine, and the Virginia Historical Society. Randy and Steven were honored with the award at the Virginia Association of Museums 40th Annual Conference on March 10. 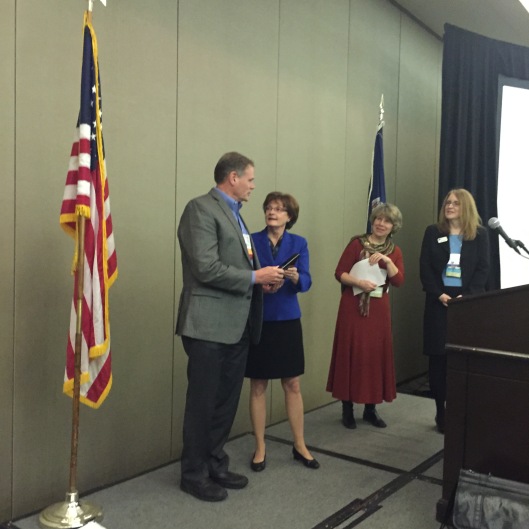